Yamaha launched its AVENTAGE audiophile receivers in 2010, and since that time they have dominated the marketplace. Being user-friendly compared to other brands, offering the ability to stream music between all connected Yamaha devices with MusicCast, and all while offering superb sound quality at price points between $400 and $5000, it's easy to see why.

Reviewed here are the AVENTAGE line's flagship pairing from my personal setup -- the CX-A5100 11.2 channel MusicCast preamplifier and MX-A5000 11 channel power amplifier. Capable of everything from 2.0 stereo to full 7.2.4 Dolby Atmos, and every configuration in between; while handling 3D or 4K signals. The A5100 will process just about anything you can currently throw at it! 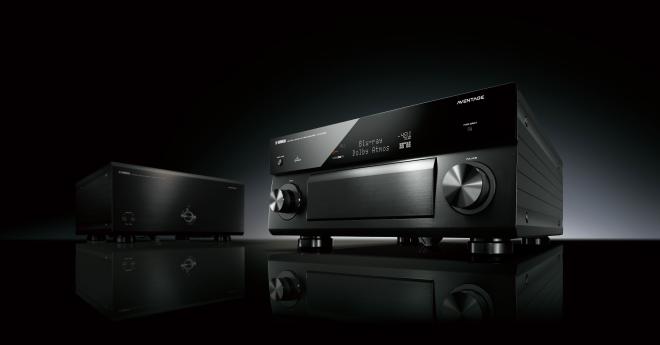 Coming in at 86lbs between the two components and requiring over 20" of vertical rack space, they are a beast of a setup. By and large, if you've seen one receiver, you've seen them all. That holds especially true for Yamaha, who has poured its resources into engineering better sound quality, rather than having fancier boxes. The remote control is big and sturdy, however not very comfortable to use and its backlighting takes some effort to engage. I'd say Yamaha is assuming most buying this until will be using a universal remote of one sort or another, or use the smartphone app available on iOS and Android devices.

Designed for the most demanding home theater setups, the CX-A5100 preamp comes in at a mere 34lbs, as there are no internal amps. It has a heavy aluminum front panel with a flip down door hiding the more advanced buttons, which I appreciate having access to without a remote. Featuring 8 HDMI inputs (7 in the rear, one in front) and 2 out, each capable of handling 4K UltraHD. Yamaha has wisely minimized component and composite connections in favor of more HDMI inputs (no S-Video at all, makes me wistful somehow). Without the need for speaker binding posts, Yamaha has included 13 balanced XLR outputs in addition to the same number of RCA outputs. There is even a pair of balanced inputs allowing for the best set up possible. The A5100 also has an excellent phono input, oddly an essential feature in light of vinyl's resurgence.

Not required, but highly recommended, for pairing is the 11-channel MX-A5000 amplifier. The A5000 is a 56lb large monolithic matte black box, roughly the size of the A5100, with a single round button in the middle. Naturally, the two look made for one another. The A5000 and A5100 feature 12v trigger interconnects, which powers the amplifier on and off with the preamp. The A5000 even has a trigger passthrough allowing you to connect more amplifiers (zone 2 and subwoofer amplifiers). The binding posts are nicely separated on the rear, allowing installation with minimal finger cramping and can easily accommodate 12-gauge wiring. Surprise surprise, the A5100 has 11 balanced as well as RCA inputs. Balanced cables, also known as Microphone cables, are really designed for extremely long runs without interference. 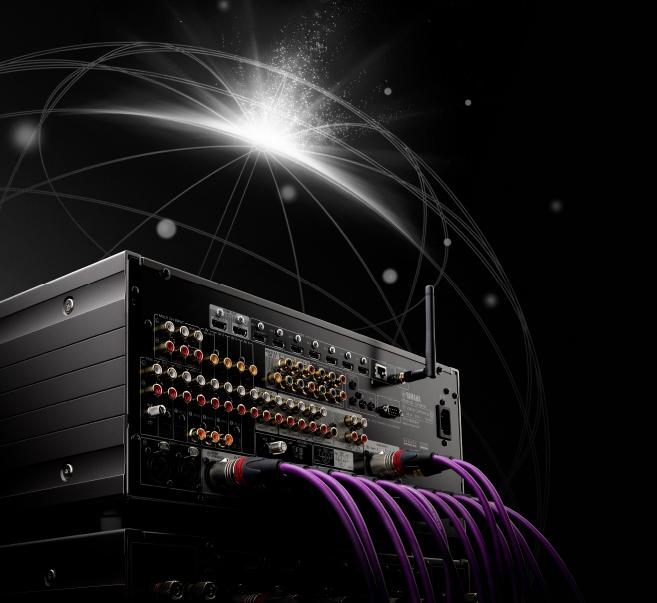 Considering most people will be using 3ft interconnects, good RCA will likely sound just as good. Balanced interconnects are for more nitpicky audiophiles. That being said, I use the balanced connections, as it looks really cool.

Setting up just about any modern home theater receiver can seem daunting. Yamaha has done a better job with making this task user-friendly compared to other brands. You'll need to consult the manual to figure out ideal speaker placement, especially if you're going for Dolby Atmos or DTS:X. Yamaha's guided setup allows you select the number of speakers, their configuration, how many subwoofers you have and where they are in the room. Using the calibration mic, the A5100 can automatically configure ideal settings using YPAO 3D acoustics optimization, 64-bit precision EQ calculation and angle measurements for up to six listening positions. No matter where I'm sitting in my media room, I don't feel I'm missing much by not being dead center. 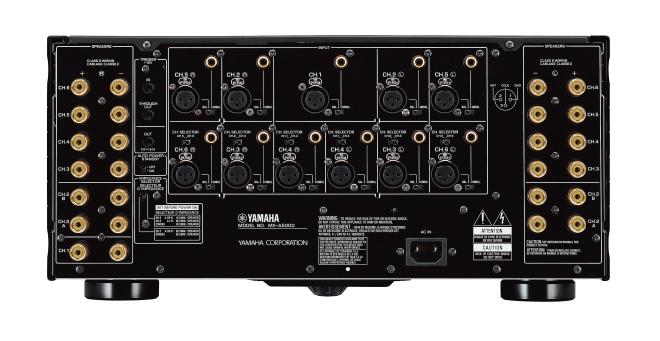 Thanks to MusicCast, the A5100 can stream audio on up to 9 devices from any source inputs, from Bluetooth to turntables. You can also connect a zone 2 amplifier, and using HDMI Out 2 allows unprecedented control of audio and video in another room. Additionally, the A5100 comes equipped with Airplay and Bluetooth streaming. When connected to the internet via LAN or built-in WiFi, users will have two-way control of streaming services like Pandora, Rhapsody, Sirius, etc.

Yamaha has included video processing/upscaling, in addition to a "high-resolution music enhancer". Yamaha claims it can take compressed music and "enhance" it to sound like 96/24khz high-resolution audio. There area a plethora of custom settings to adjust in the menu as well. Lastly, a small thing but one of my favorite features -- the A5100 can set its power-on volume to whatever level you choose. (Mine is set to a comfortable -35 dB; finally, that stupid MGM lion can't induce a cardiac episode before the display comes on!) 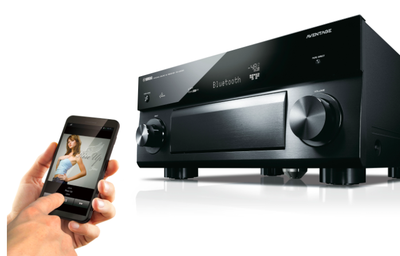 I've spent a lot of time with this setup, and have been completely spoiled by it. Fun fact: the A5000 amp actually outputs 170wpc when only two channels are running. Even streaming 320kbps via Bluetooth from my phone provides an excellent listening experience, whether it truly enhances lossy MP3s I can't say. Listening to vinyl records via my Technics SL-1200 turntable with the Yamaha set to "Pure Direct" is one of my favorite things to do, the A5100 provides a completely transparent experience. In fact, the difference of MP3 vs a vinyl record would be apparent to even casual listeners on this setup. If anything were to distort, it would pretty definitely be the fault of the speakers. With good speakers, you will hear every nuance of what is on the record (be sure they are squeaky clean).

The A5100 is capable of multiple DSP modes to augment the sound, such as replicating the acoustics of a cathedral or music hall. While it's fun to play with, I'd never use it for critical listening. I find the most impressive DSP is "Recital/Opera" when combined with a comedy special filmed in a club, it can make it sound/feel like your in the club, with people laughing around you, and a sense of realness added to the comedian. It creates the illusion that your speakers are stage monitors. 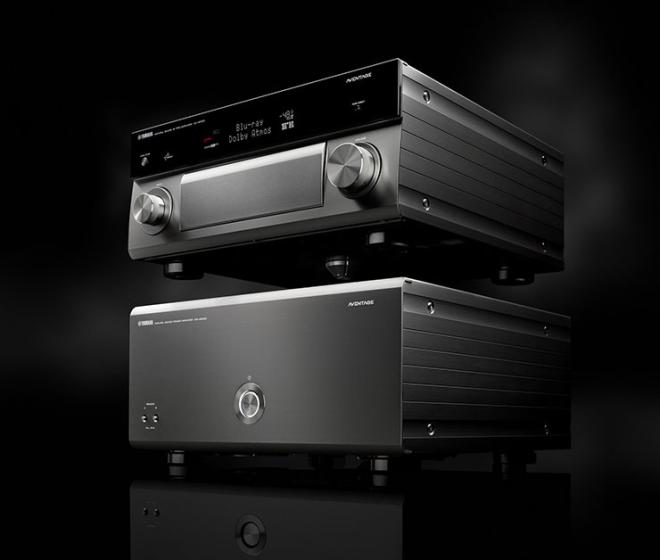 However, if you're looking for the very best in audio performance while enjoying just about every modern bell and whistle, and don't want to worry about format compatibility, look no further.

If you're interested in buying either piece of gear, please consider supporting High-Def Digest by purchasing via the Amazon links on this page. It adds no extra cost to you and helps keep our lights on.