It's been four years since Apple released their 1st generation Apple TV 4K, but now the tech giant has finally debuted the 2nd generation Apple TV 4K that might look the same on the outside but has a ton of new elements inside to make it the absolute best media center from streaming content on the planet. Additionally, Apple listened to the masses and upgraded the remote control, and now has the higher frame rate HDR and Dolby Vision, along with an excellent Color Balance feature that will help customers display the best and most perfect image on their viewing screen at home. This sequel Apple TV 4K is dynamite.

Screen sizes are consistently growing larger these days and streaming devices need to keep up with their abilities to allow top-of-the-line video content in the best possible images from the studios that can project and transport to anywhere from 65 inches to 150 inches without losing any video quality. Apple TV 4K has pretty much knocked it out of the park each time with their TV product lineup that still impresses with its technical aspects, along with its easy-to-use format. This small device literally acts as a grand central station for television, music, movies, games, and exercise. 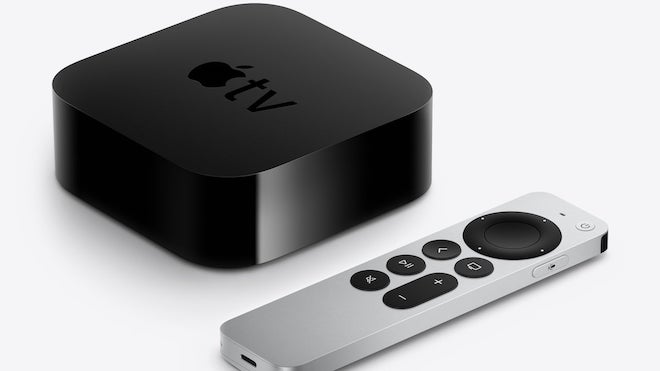 From the outside, the 2nd generation Apple TV 4K looks the exact same in size and weight, but on the inside, there is the A12 Bionic chip with the 64-bit architecture that gives way to bigger and better audio and video upgrades. This means those binge-worthy shows will look crisper and clearer this time around. There's a fan on the bottom that allows air to filter in and out to keep the unit coll, where on the back of the unit, a power input, an HDMI 2.1 input, and of course, an ethernet cable is available for those who want to hardwire in for fast internet access.

Setup is super easy with plug-and-play that is a breeze to click through with language, Siri, and video adjustments that can be chosen through just one click of the remote. The new remote control is where the big differences come into play. First off, it's a little bigger and a bit heavier, making git feel like an actual remote control and not a flimsy piece of hardware that's easily lost in an ocean of couch cushions, candy, and loose change. The remote is silver with black buttons and now has a fantastic click wheel to navigate all the options on the Apple TV 4K interface. Apple added a touch-sensitive element to these buttons as well for those who don't feel like taking on the hefty and trying task of clicking down on any button. There's also a new power button on the remote that can turn on the device and the Siri/Microphone button is not on the side of the control, making it much easier to find those lost Freaks and Geeks episodes. This new click wheel has made scrolling through a film or setting up subtitles that much easier than before. Additionally, the Siri/Mic will skip to a certain place in a program if it's told to "Skip ahead ten minutes", which is fantastic.

The other amazing addition to this Apple TV 4K is the Color Balance feature, which is used to improve and set up better image quality. From an iPhone, all anyone has to do is hold the iPhone up to the television, and the camera targets the screen by using sensors and adjusts the TV image to Hollywood standards and specifications. After this, it will save the information and give everyone the option to go back and forth from factory settings or the new calibrated picture. It's quick, painless, and worth the effort. From here, the HDR and or Dolby Vision kicks in, depending on the television unit for a bolder and richer image, revealing those intimate or more nuanced color palettes in films.

Watching Disney+, Netflix, or some purchased films through iTunes really showed a big difference in the black levels and color spectrums from the 1st generation unit. Not only that, bigger action sequences or live pro-wrestling events looked crisper and cleaner this time around due to the HDR. The video is simply phenomenal and beats any other competitor out of the water. Apple TV4K also allows Doby Atmos for those setups with that sound design and it's amazing on every level and completely immersive. 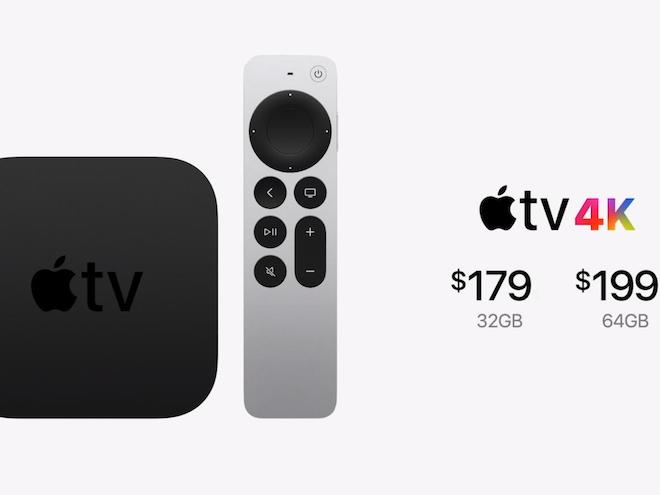 Not only are there television and movie programs to watch, but Apple has brought on their arcade app to play games on, which with the A12 chip in, Playstation, and XBOX controllers can be used via Bluetooth to play these games. The gaming has a much smoother range of motion and response without as much lag time as previous devices. For those who love to exercise in the comfort of home, Apple Fitness+ can be played right through the unit with classes, instructors that also track metrics, heart rate, and calories from the Apple Watch that is transported straight to the Apple TV 4K.

In addition to the new Remote, the iPhone acts as a remote control as well if that remote goes missing or is lost, which additionally allows for the keyboard on the phone to type in search options. Airpods and Airpod Pros can be connected to the unit as well - two at a time. Now, Apple is of course Apple and never comes down in price, which is the downside here, so the 32GB version is $179 and the 64GB is $199. But with that price - there is so much that is offered and completely beats out any other devices on the market. With the HDR and Doby Vision capabilities, the new amazing remote, and the thread radio that can connect to other smart home devices is simply fantastic, along with hat new color calibration element. Highly Recommended!

Sale Price 189.98
List Price 199
Buy Now
3rd Party 189.98
In Stock.
See what people are saying about this story or others
See Comments in Forum
Previous Next