Overview -- Yamaha has released their first ever wireless subwoofer called the MusicCast SUB 100. With a price tag of under $500, this well-designed sub not only provides an ample amount of smooth low-end and deep bass, but it can connect wirelessly to your other wireless speakers or sound bars through Yamaha's easy-to-use MusicCast app so that you can listen to your favorite music and movies with that extra oomph. If you're looking for a new sub for your 5.1 or stereo system, the SUB 100 is Highly Recommended! 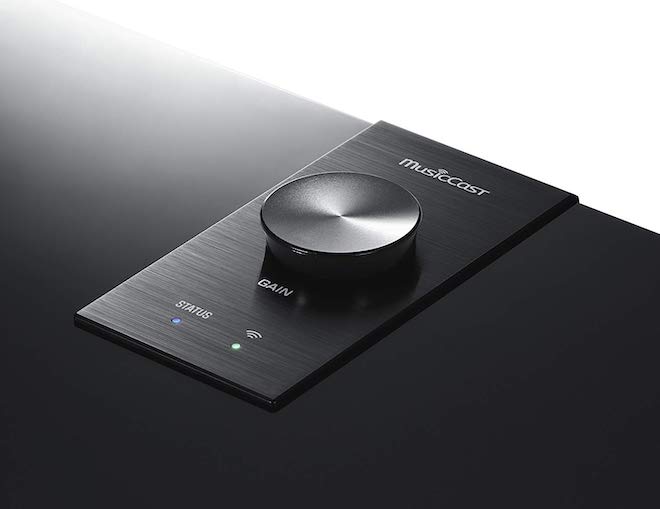 If you're in the market for a new subwoofer to add deep bass to the music and movies you love, then Yamaha might be a name you want to put in the sorting hat. The MusicCast SUB 100 shoves 130W of power through an 8" woofer and has been designed to wirelessly interface with Yamaha MusicCast AV Receivers, sound bars, and speakers. Or, if you prefer, you can hardwire this unit as well. We paired our review unit with two MusicCast 20 speakers, but you can use this sub in a 5.1 surround system or even with a single speaker like the MusicCast 50.

Is this the right sub for you? Read on!

The SUB 100 is a magnificent looking device. It measures 9-7/8" x 14-5/8" x 16-1/2" and weighs in at 27.6 pounds. The front of the sub has a cloth mesh cover that curves nicely to the top. The rest of the unit has a glossy black piano finish that has the perfect shine, where you can see your reflection. The top of the sub has two small LED lights, one being for power and the other for its wireless connection.

There is also an adjustable knob for gain. The rear of the device has enough venting to cool the unit off as well as a power cord. There is a power button and a connect-to-Wi-Fi button, along with two switches to set the wireless to auto/off along with a selection of Net/Analog inputs. There are also two service ports and an ethernet port. 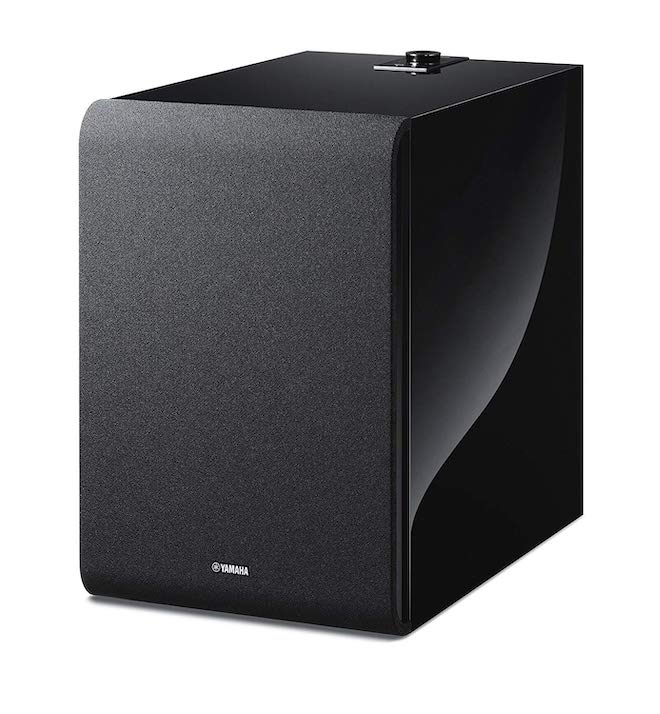 All you have to do from here is plug the sub into a wall or power strip and connect it with Yamaha's MusicCast app, which will pair it with any of your MusicCast enabled speakers, such as the MusicCast 20s, the MusicCast 50, or one of Yamaha's sound bars. What's also nice about the SUB 100 is that it doesn't just output any old bass frequency, but rather matches and balances the low end with your specific speakers to create the perfect sound with what you're listening to.

With its 8-inch cone driver and 130 watts of power, along with its 28 - 300 Hz of frequency response, you can rest assure that this sub can deliver that low-end depth to your viewing and listening experience. What's also nice is that through the MusicCast app, is that you can create different audio setups with this SUB 100 as well. For instance, you can pair it up with a 5.1 setup and combine them through the app into one setting. You can also pair it up with mono or stereo speakers in other rooms with its own setting, where all you have to do is click the designated image in your MusicCast app and let the audio pleasure begin. 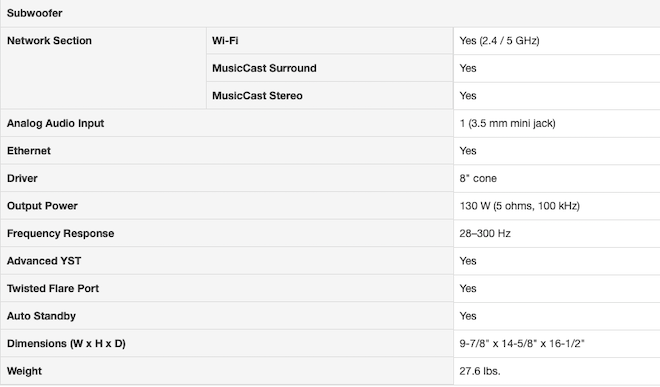 After pairing the SUB 100 with two MusicCast 20 speakers, I watched M. Night Shyamalan's Glass, which has an amazing score and some heavy hitting sonic sequences. The are some impressive sound effects, with the realistic slams, punches, and hits that pack powerful LFE. All of these sounds were never rocky, but rather smooth and well-balanced. The SUB 100 added a ton of depth to the sound design of the movie. With the score, you could feel the vibrations in certain moments that made your hairs stand on end, which was truly satisfying.

I then fired up the MusicCast VINYL 500 and put on Taj Mahal's "Maestro", which has an abundance of different song styles, from blues to reggae to rock n' roll. I especially wanted to hear the song "Strong Man Holler", which has a ton of low-end bass guitar chords, deep organ notes, and excellent, bold guitar notes. Each note and chord has the perfect smooth reverb of bass that goes nicely with Mahal's amazing, crispy voice as he sings about a childhood crush. The SUB 100 perfectly showcased the bass in this song as well as the rest of the album.

I then tested the recent Aquaman movie with this SUB 100 and was not disappointed. The device got its workout, for sure, as it rumbled with precision and smoothness throughout the film. The heavier fight scenes on land packed the necessary punches of bass with each takedown that had a good rumble to it. When Aquaman and Mera jumped out of the plane, the unit had a powerful rumble that shook the walls where you could feel the vibrations nicely. All of the big underwater battles also had the subtle bass notes as well, which added that underwater immersion. 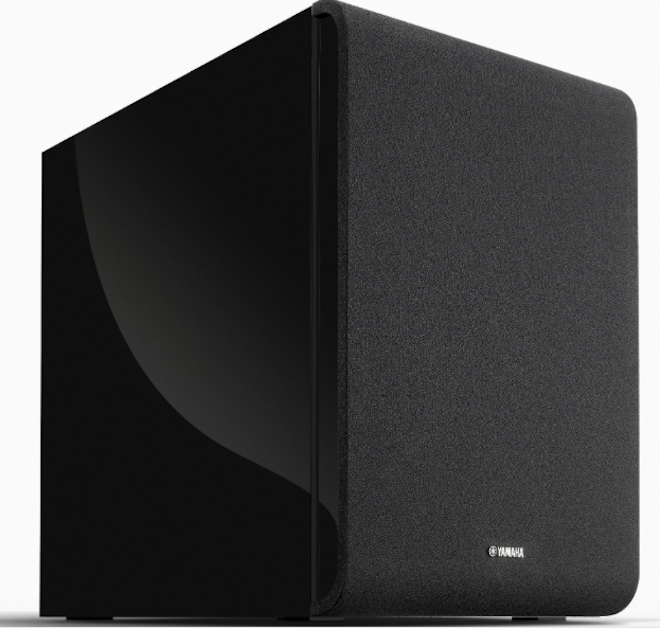 The Yamaha MusicCast SUB 100 is a fantastic subwoofer. It can be paired with numerous other wireless speakers to help round out your surround sound system, or can be simply paired with a sound bar or small home speaker that you want to give that extra skip in its step. The device has a five-star polished look and can fit almost anywhere in your room, as it is smaller than most subs out there, but can pump out enough power for small and medium-sized rooms. With wireless capabilities and simple setup, it comes Highly Recommended for anyone investing in other Yamaha MusicCast products.

Sale Price 299.95
Buy Now
3rd Party 299.95
In Stock.
See what people are saying about this story or others
See Comments in Forum
Previous Next