If you haven't heard of LeEco before, that's perfectly fine, because this is the first time LeEco has released a television unit in America. LeEco is a Chinese company that is involved in tons of arenas, including automobiles, mobile services, movie production, and electronics. This debut into the television set world is a solid start with their Super4 X 4K 65-inch Android TV, leaving you Android users some good connectivity from your mobile devices to this television set. For under $1000, you get quite a bit here -- including a smart tv, HDR10, and some great inputs -- along with a sleek silver design. Let's go into detail on if this television is the right one for you, shall we?

Let's go into detail on if this television is the right one for you, shall we? 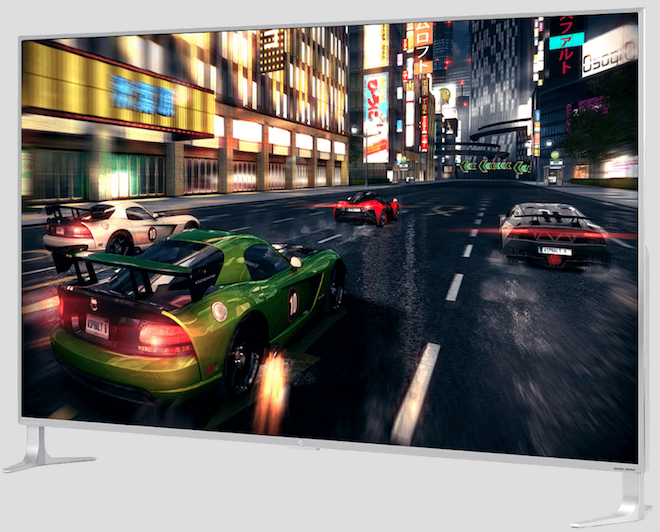 The LeEco Super4 X65 is a super slim television set that measures 57.3 x 33.2 x 1.8 and weighs 62.4 lbs. The unit itself is finished in a matte silver that looks very nice with glossy silver edges. There is a LeEco logo, indicator light, and remote sensor located on the bottom of the television. There are two T-shaped silver metal legs that are easily installed with a few twists of a screwdriver. On the backside of the television set, there are 3 HDMI ports, a USB 2.0 and a USB 3.0 port, along with a 3.5mm aux audio input, an Ethernet port, VGA input, 3.5mm audio input, optical audio output, antenna connector, while the power cord input is on the opposite side of the unit. On top of the unit, there is an additional USB 3.0 port as well. I should also mention that there is a power switch directly next to the power cord input, where you can completely shut off the unit from standby mode even, which is nice if you want to save on energy costs.

In my opinion, there needs to be more than three HDMI ports in this day and age -- with cable boxes, AppleTVs, video game units, and Blu-ray players, three seems a bit sparse, leaving you to purchase an additional HDMI switch box if you have more than three external devices (that said, this display is clearly aimed at streaming). There are zero buttons and controls on the unit itself, leaving the remote control your only option to navigate through the television.

Speaking of the remote control, it's a nice, black rectangle remote that has the navigation buttons in the center of the remote. There are volume and channel buttons, a Netflix button, mute, input, source, settings, power, home, voice search button, and a Le button that brings you to a navigation menu to browse streaming services. The remote doesn't have a cheap plastic feel, but has some weight to it. In addition to that, this Super4 X65 uses Android TV as its smart television feature, meaning you have access to Netflix, Hulu, Sling, YouTube, Google Play, and many other streaming networks.

In addition, this TV is setup with Google Cast, meaning you can stream and mirror content from your mobile device straight to the television. There are downward firing Harmon Kardon internal speakers with this television, providing a crisp and clear sound, however, if you want more power, this sound bar should suffice. Setting up is very easy and has a very colorful menu, sporting all sorts of primary colors, which is nice to see instead of the usual two-tone vague colors on other sets. Once all plugged in, you'll be able to set up your WiFi, which is Dual-Band 802.11 along with Bluetooth 4.1. You will also have the option to sync your mobile devices with television here too. Afterward, you will be able to navigate and adjust your picture, color, contrast, and motion levels, which are very easy to navigate from your remote control. After you have your television calibrated to your particular desires, you're ready to start viewing. 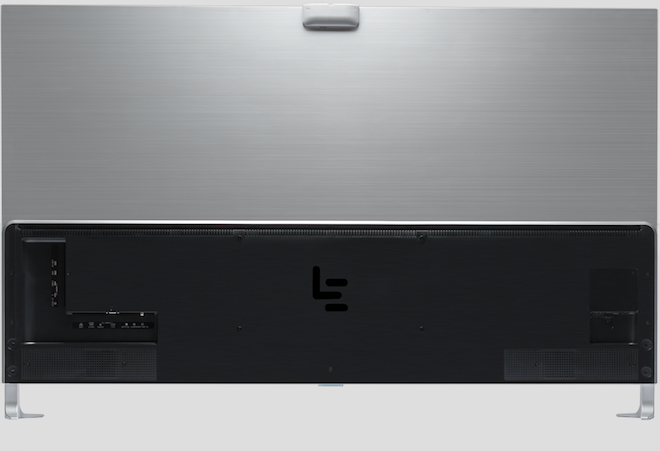 The LeEco Super4 X65 comes with an impressive color range and brightness for its sub-$1,000 pricepoint. Colors are extremely accurate and very well balanced without bleeding or coming across undersaturated. Using La La Land on 4K Ultra HD Blu-ray as a demo disc, the Christmas lights that outline the interior of the jazz restaurant look amazing -- each color is vivid and has a natural glow. The bright, primaries of the dresses Emma Stone and her friends wear when they go to the evening party are truly stunning on this screen. And the dance number with the city in the background shows off the blues and purples quite nicely too and are very vibrant from top to bottom.

Detail and sharpness are also on point. In Harry Potter and the Deathly Hallows Part 2, on 4K Ultra HD Blu-ray, you can see every piece of debris with every bit of CG imperfection. Facial features of dirt, makeup effects, scars, wounds, and individual hairs look impressive and never soft here, even in the heavier action sequences.

However, while the Super4 X65 delivers outstanding colors and sharpness for less than a grand, contrast performance is below-average. Darker scenes in La La Land, like scenes set in the jazz club, produced murky shadows and overly bright imagery. In Deathly Hallows Part 2, the scene where Harry, Ron, and Hermione are traveling in the mine cart in Gringott's bank vault is flat, soft, and lighter than it should be, which makes the whole image look fake (even though the colors were still strong in moments like the white dragon escaping through the ceiling). Contrast on the actors' faces and rock formations was also below average.

Lastly, I played Overwatch on the Xbox One to test input lag during fast-paced gaming. The game itself is bright, vibrant, and full of wonderful colors, all of which the LeEco Super4 X65 shows nicely. Bright pinks, greens, and blues all look fantastic, deep, and rich. The blue skies of Ilios are phenomenal, as are the bright oranges and yellows of Junkrat's exploding bombs. I do recommend switching to the Game Image Mode for playing video games, as I noticed the input lag was greatly reduced when in Game Mode, even though the color settings will be adjusted a tiny bit. However, if you want the fastest reaction time in playing, I'd settle for the fraction of a difference in colors. 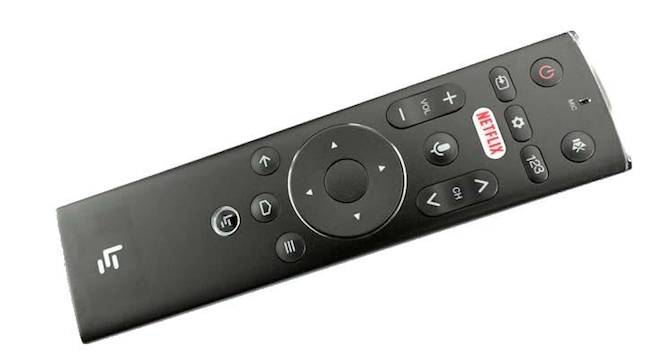 LeEco has certainly entered the North American television market with quite a bang. Their 65-inch Super4 X series has perhaps the best color range and dynamic brightness at this sub-$1,000 price point. Being able to connect your Android devices to the television and stream your favorite content is a plus, along with all of your favorite apps in the streaming world ready for your viewing pleasure right inside the display. The sleek-and-slim design is another plus along with its support of HDR10. That being said, it only has 3 HDMI inputs and black levels are murky at best, thanks to poor contrast performance. You don't want to do any critical viewing with this display.

Still, if you're on a tight budget or are new to the 4K arena, the LeEco Super4 X65 is well worth considering. In my humble opinion, for under $1000, it's going to be difficult to find a 65-inch 4K TV that supports HDR with all the other bells and whistles that this LeEco model has.

Recommended for the budget-conscious consumer. Picky viewers, who can afford something like a VIZIO M or P series, should stay away.

Sale Price 1399.99
Buy Now
3rd Party 1399.99
In Stock.
See what people are saying about this story or others
See Comments in Forum
Previous Next