The quick specs for the Media Remote include:

-Concealed LED is as nice touch

-Pressing any button will power on the PS4

Long ago, the PS2 debuted with the ability to play DVDs along with the awkwardness of controlling movie media with a game controller. The solution, of course, was a media remote. Fast forward to today, and although the PS4 and PS4 Pro (painfully) lack the ability to play Ultra HD Blu-rays (and audio CDs), when considering DVD, Blu-ray, and streaming video, the PS4 & PS4 Pro are as in need of a media remote as any game console to date.

In 2015, PDP introduced the Sony-licensed Universal Media Remote for the PS4, a remote which sought not only to control the PS4 via Bluetooth but also a TV, AVR, and cable box via IR.

What PDP now has in store for PS4, PS4 Slim, and PS4 Pro users is the simply named Media Remote for PS4. The Media Remote uses Bluetooth to control the PS4 and includes both a large complement of controller controls as well as an important cluster of media specific controls. With the Media Remote, the PS4 can be powered off and on, and a wealth of a wealth of PS4 media apps can be accessed and used without ever needing to touch a DualShock 4, a controller not known for having a long power life.

Likewise, using the Media Remote, from taking out of the box, finding two (not included) AAA batteries, and pairing the remote to the PS4 or PS4 Pro is a near identical experience to using the Universal Media Remote. As a Bluetooth device, it's important to know how to put the Media Remote in pairing mode, which is done by holding the Share and PS buttons down at the same time for three seconds. One trick the Media Remote has is a hidden red led which resides below the PS button and lights up when the remote wakes up, is in pairing mode, or a button is pressed. This is a nice quality adjustment compared with naked red light in the Universal Media Remote.

The Media Remote only needs to be paired with the PS4 once, but whenever it is used, it must be associated with a user. This behavior is just like a controller, and a user account can have both a controller and a remote assigned at once. Only one Media Remote can be in use at a single time, but multiple remotes can be paired. (If trying to use two remotes, and both wake up, the system will choose one to be assigned to a user and ignore the other one momentarily.)

The Media Remote can power the PS4 on and off just like a controller can. Press any button on the paired media remote, and the PS4 will turn on. Powering off has to be done through the UI, say with PS button and the Quick Menu.

Sadly, the Media Remote puts itself to sleep after 30 minutes of inactivity. So just like with the Universal Media Remote, a user can be 30 minutes into watching a movie or a stream, and look to pause using the remote, only to have to take an extra second and extra button press to wake the remote up and then pause. I'm all for saving power, but this was never an issue back on the PS3 with Sony's remote. And, let's be honest, 30 minutes is not all that long. 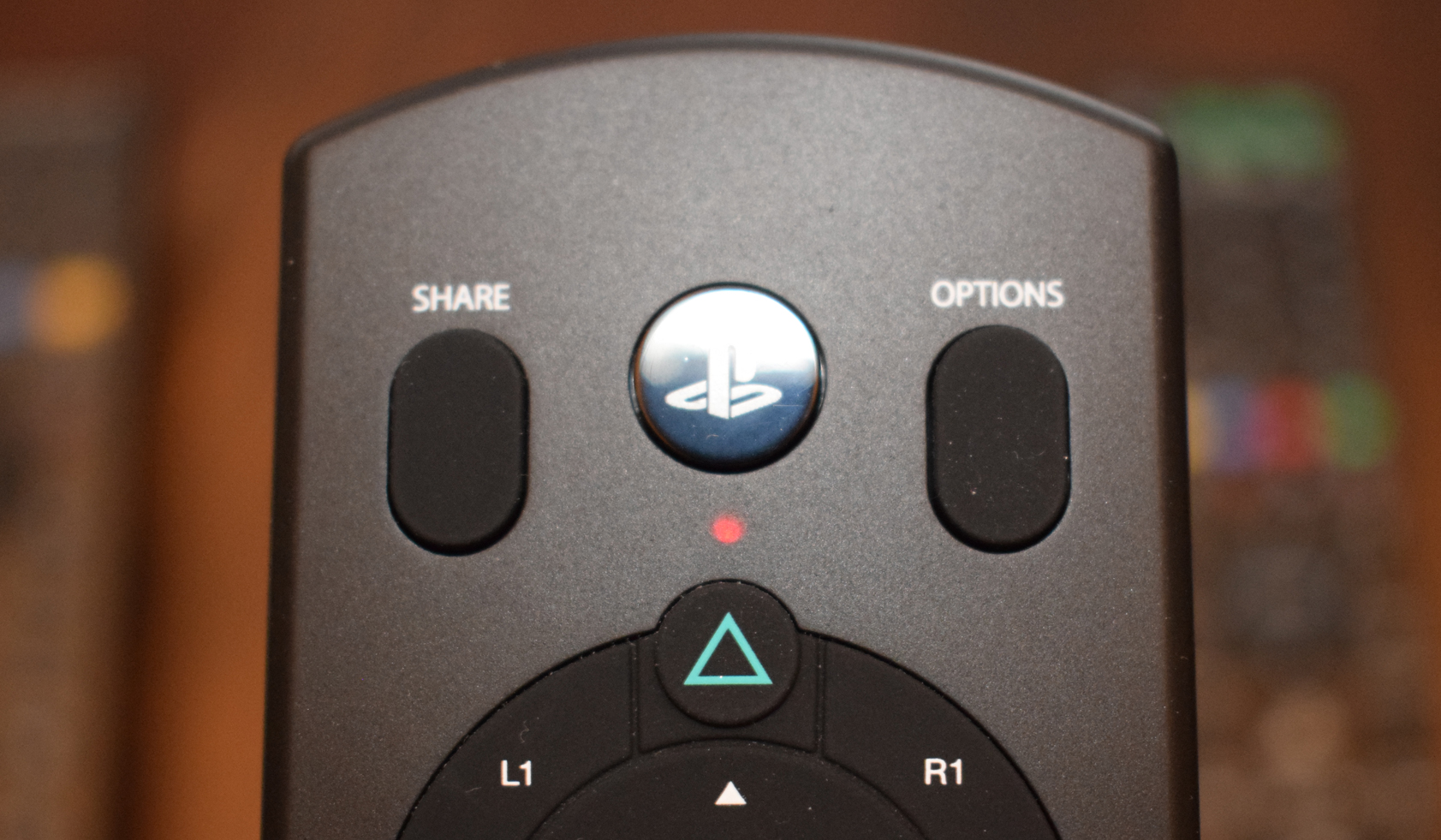 Happily, 30-minute sleep aside, using the Media Remote on both the PS4 and PS4 Pro is a pretty big delight. I ran it through a gamut of apps that I use, including search-heavy YouTube, Twitch, and Spotify, and found the remote very able. Navigating Netflix, Amazon, Hulu, HBO Now, and VUDU was extremely straight forward, and when actually playing content, the cluster of Play, Pause, FF, RR, Next and Last buttons towards the bottom of the controller were faultless.

This remote has the requisite four face buttons, but it also has dedicated L1, L2, R1, and R2 buttons, and there were times, like when logging into the VUDU, that hitting the R2 button made for a helpful shortcut.

The Media Remote box specifies "Try It With PlayStation Vue," and indeed it worked great. Ditto, for the Media Player, and the even less app style Capture Gallery and the all-important Store and PS Plus Areas. Going into the Settings or Party areas was equally as viable as using the controller for the most part.

At first glance, it might seem like Blu-ray playback would suffer from the lack of a dedicated Menu button, but the Square button works fine, and the Options button has everything including the pulldown for selecting PCM or Bitstream just for Blu-ray playback. It's just such a shame that Ultra HD Blu-ray playback is not supported on the PS4 or PS4 Pro as this remote would be a welcome way to control playback (better than some dedicated remotes, like Samsung's, which unnecessarily and annoyingly combine FF & Next and RR and Last). 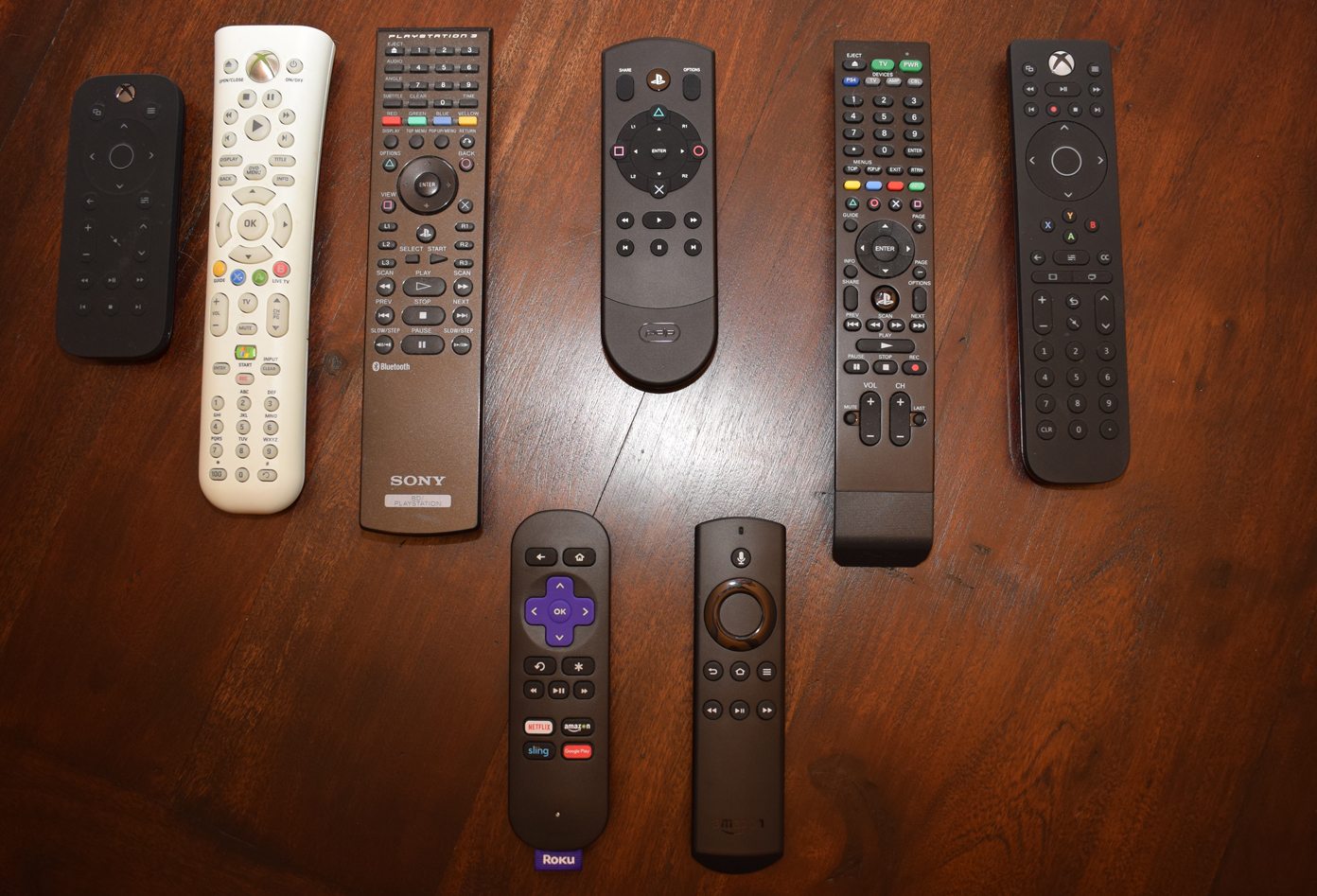 In addition to the 30-minute sleep annoyance and the pressing any button will turn the console on concern, the center of the Media Remote, which has the Enter and arrow keys, is a little tight for my taste. I use a half dozen remotes of all sorts in a given day, and yet it's only the Media Remote that requires a little more care when using the arrow keys, which are needed all of the time. With how packed that area of the remote is, it's easy to fat-finger the controls.

The build quality is reasonably fine. It's unlikely to show up in the MoMA at any point, but the plastic body sits well in the hand, and the battery compartment has the right degree of security. With a MSRP of $24.99, the Media Remote is very close to the Universal Media Remote's MSRP of $29.99. Both are good choices, but the Media Remote has a pleasant size that suits its function. 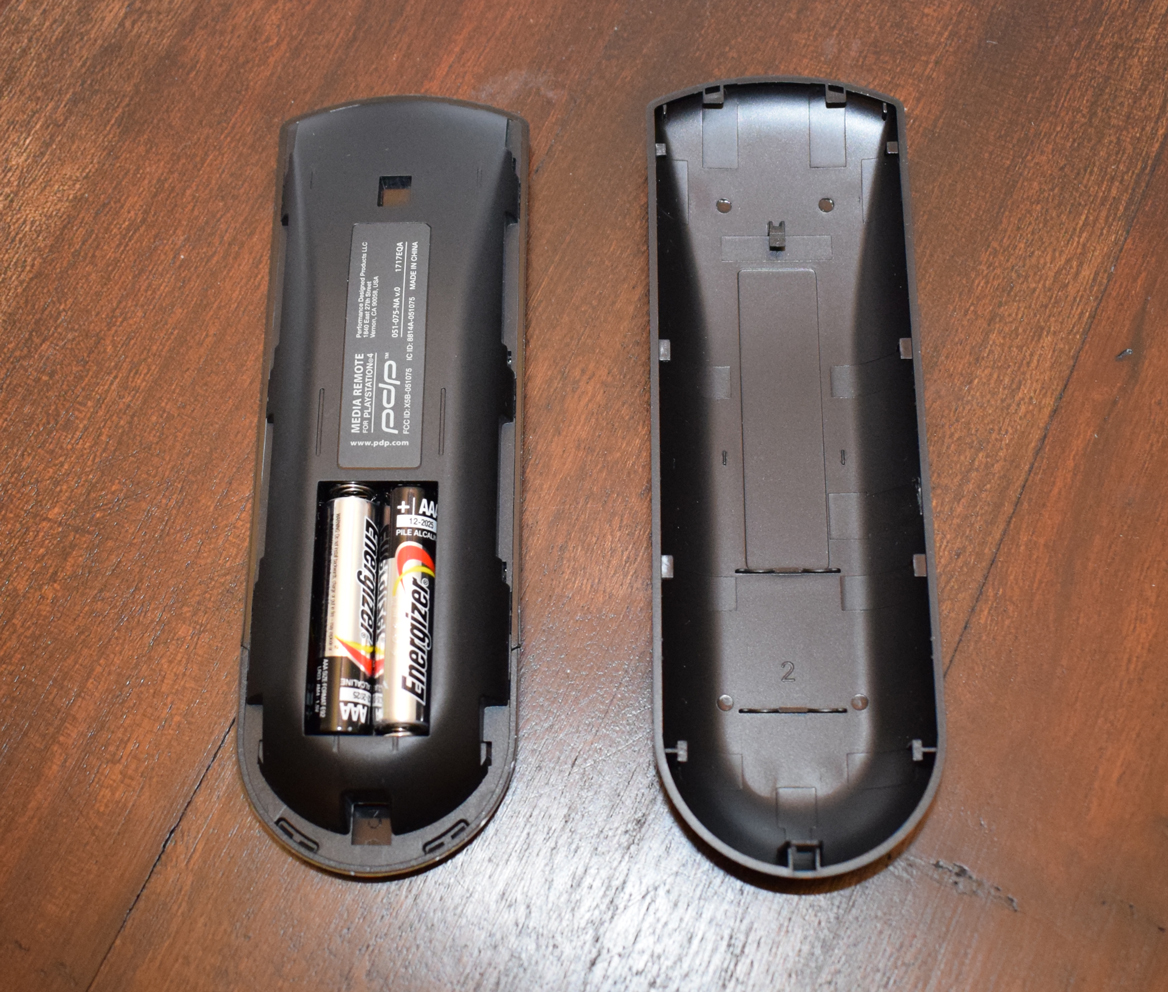 With the Media Remote, PDP has another indispensable option for controlling the PS4 and PS4 Pro's many non-game and entertainment capabilities. The simple design and mix of dedicated playback buttons and replicated controller controls make the Media Remote worth considering for any PS4 or PS4 Pro user, and the remote is really a few tweaks away from a near-perfect design.

Sale Price 24.88
List Price 26.99
Buy Now
3rd Party 24.88
In Stock.
See what people are saying about this story or others
See Comments in Forum
Previous Next