The Batman Figures From Spin Master

Our HD Gear Section is fairly dormant these days. When we can, we'll still do reviews for new A/V equipment, but going forward we're going to also be expanding into collectibles including figures and vinyl soundtracks to keep this section of the website a little more lively and give you something else to read other than our prattling on about recent disc releases and news. We hope you find some fun with our upcoming efforts in this area.

The Batman Figures From Spin Master 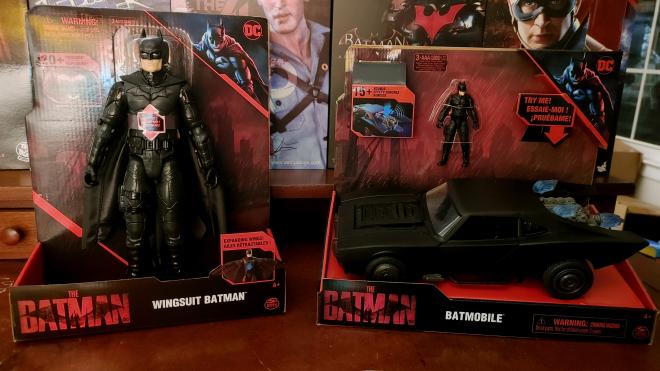 You’ve been to see the movie a dozen times at IMAX. You’re waiting desperately to watch it again in the comfort of your own home on HBO Max and 4K ultra HD Blu-ray. While you wait, you can take up the cape and cowl with The Batman action figures! Every franchise movie these days gets a big line of action figures for the kids and their “adult” parents to snatch up off store shelves. If you’ve been paying attention to the action figure market you know that it’s not as simple as in 1989 when there was a single line of Batman figures. For The Batman - there are a bunch of options for parents looking to let their kid have some fun after the show.

For the kid-friendly crowd - you have Spin Master who released a full line of 4” figures and vehicles as well as a bunch of 12” figures for the kiddos (and you) to play with. Spin Master was very kind in sending us a couple of sample figures to play with.

First, we’re going to take a look at The Batman Batmobile from Spin Master - 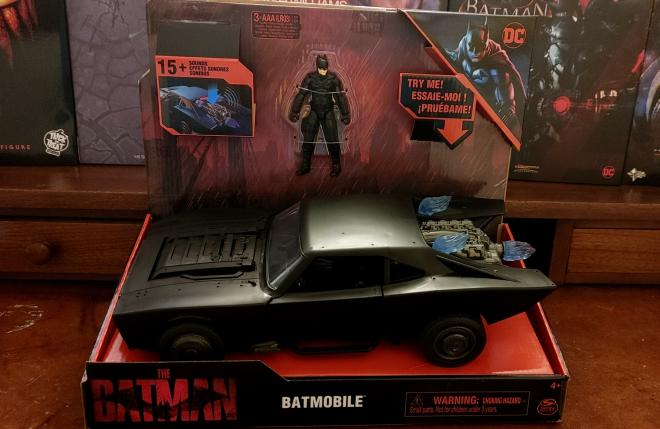 When I was a kid I desperately wanted to get the 1989 Batman Batmobile. Sadly every time we found one in the wild the box had been ripped into and was incomplete, either missing the plastic "shield," the bombs, or the car itself. That’s not going to be the case here. Spin Master has some impressively meticulous packaging to work through before you can take this Batmobile out on the road - or living room floor. 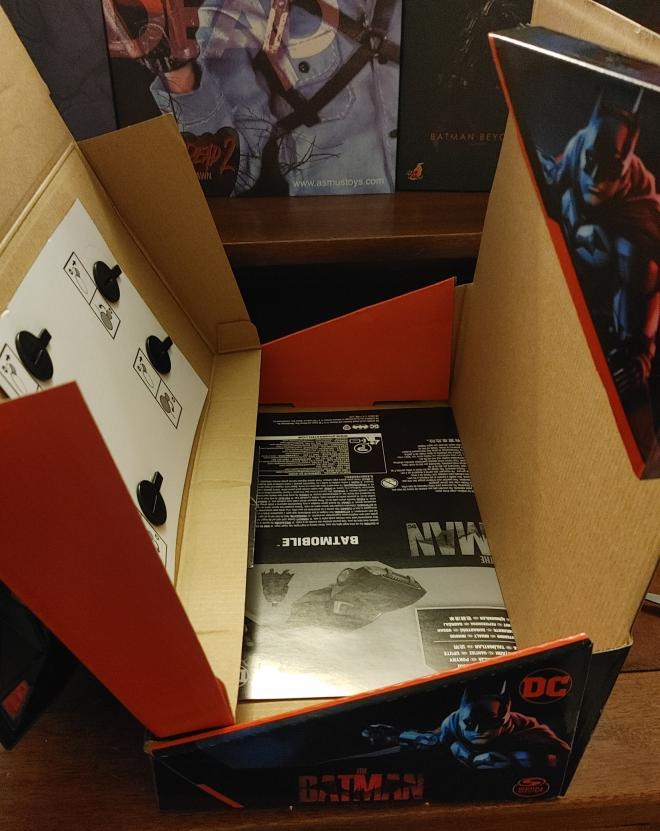 I was impressed with the weight of the car. At roughly 2.5 pounds, it doesn’t feel cheap or like it’ll break if you or your kid drops it, or if you accidentally roll it off your desk multiple times while trying to set up your shot... 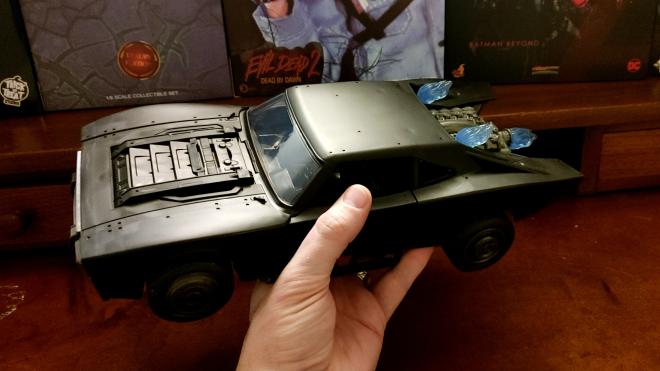 The 4” Batman figure is articulate and can easily be maneuvered into the driver’s seat without much fuss, though for little kids or Moms and Dads with clumsy fingers it may take a couple of tries. My only complaint with the 4” Batman figure is the plastic-cloth cape feels a little thin, so I can see that ripping easily if you're playing aggressively. 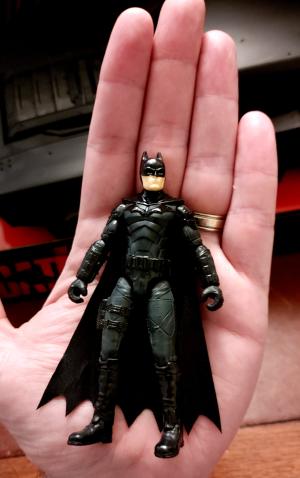 A simple three-stage power switch is at the bottom underneath the battery bay - the car uses three AAA batteries. You can turn off all of the sounds, leave the vehicle in Demo Mode so you have to press the button on the engine to get sounds, or you can leave it in full “On” mode. “On” mode is a little nuts but a lot of fun. Every time you touch the car or roll it, the engine lights up or the vehicle churns out a cacophony of movie-accurate sounds. As a Dad who works from home with an active two-year-old, I left it on Demo Mode since every time my boy rolled or touched the car the full run of sounds fired up and it was kind of a lot to hear over and over again. So for parents, Demo Mode might be your safest bet. 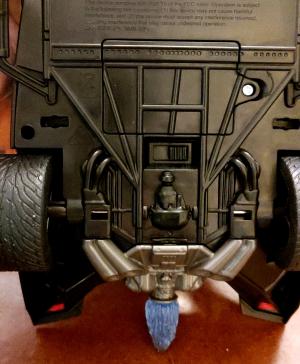 That said, this is a lot of fun to play with and was my Son's favorite. In addition to his collection of garbage trucks, he asks for the Batmobile almost every morning when he wakes up. 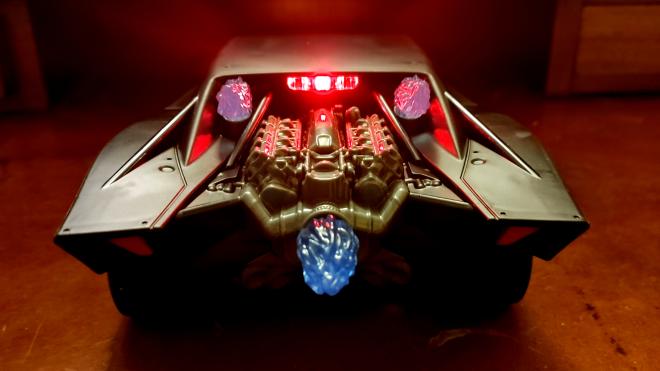 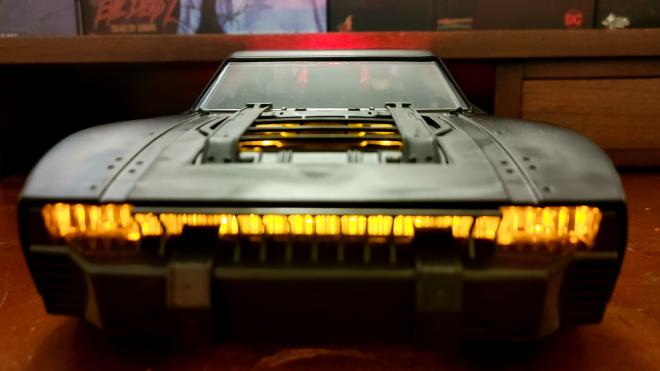 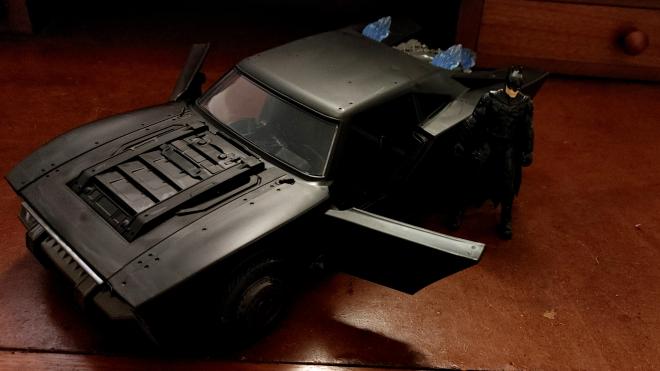 Next up Spin Master gave us the 12” Wingsuit Batman figure - 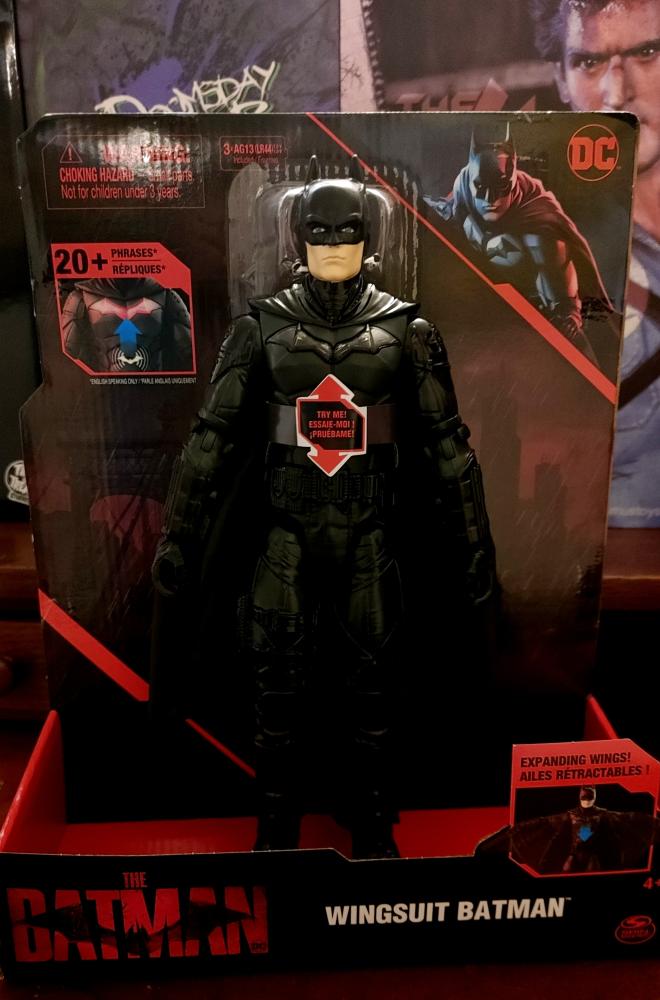 Now - I had a lot more fun playing with this than I thought I would. I’ve long ago graduated to high-end figure collecting but most of my figures live in glass cases and really aren't to be (or safe) played with. There’s something about having a figure that was actually safe to play with was a gas. 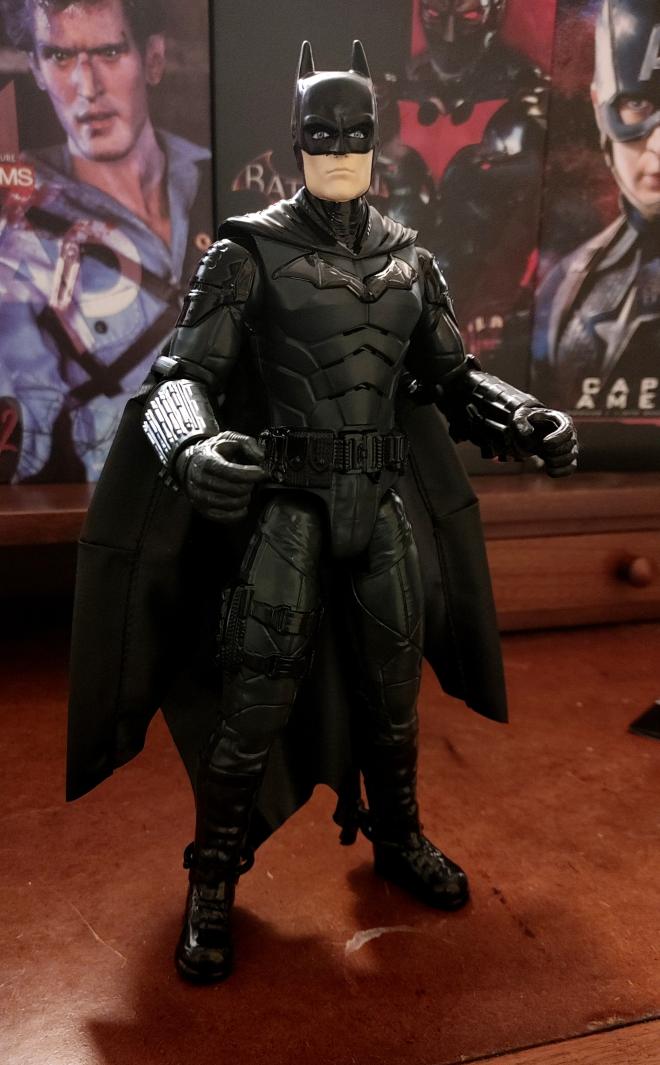 If you press the bat symbol on his chest there’s a variety of phrases and sounds. The on/off switch and battery bay are in his back behind the plastic-cloth cape. 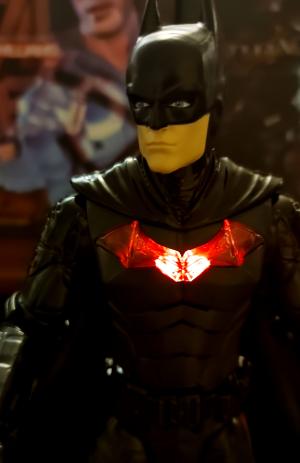 The figure on his own is pretty well articulated giving you a full range of motion in the shoulders, hips, legs, and arms. There’s even a little pivot joint in the head to give some movement there. The cape has clasps that hold onto the arms and ankles so when you press the button on Batman’s utility belt, his arms fly straight out to the sides deploying the “wingsuit.” 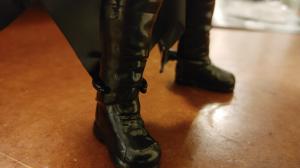 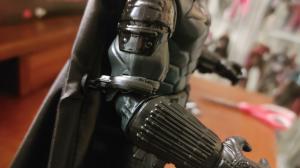 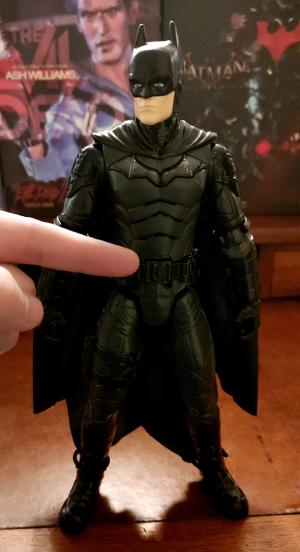 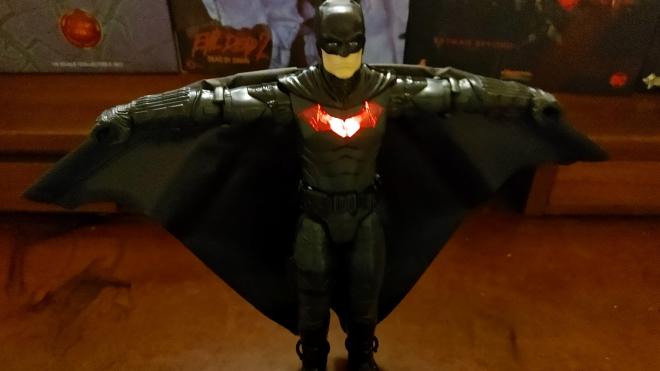 This figure is a lot of fun on its own, but I wish you could swap out the wingsuit cape for a regular cape and have a two-in-one figure. Overall it’s a well-built figure that’ll play well - but I wouldn’t try to drop it from a great height. I couldn’t help myself and dropped it from the top of my stairs. Batman made it to the bottom okay, but he didn’t glide so much as plummet. Thankfully he didn’t break, but I don’t think I’ll try that again. He’s recommended for 4+, but there aren’t small pieces or anything to worry about. My two-year-old played with him for a bit but was ultimately much more interested in the Batmobile.

Now the Spin Master figures are modestly budgeted and intended to be played with. You can find them at Amazon, Target, Walmart, or wherever fun toys are sold.

If you want something that’s going to look great on a shelf there are some great figures from Mcfarlane Toys. I haven't been able to find these figures out in the wild, but they look pretty cool but not the sort of figure you want to have a lot of aggressive playtime with.

And if you’re into the really high-end collecting scene of the look don't touch variety - Hot Toys has what looks to be a pretty impressive figure coming out Q3 of 2023 and is going to cost a pretty penny regardless of which version of the figure you intend to pick up.

Sale Price 22.99
List Price 36.99
Buy Now
3rd Party 22.07
In Stock.
See what people are saying about this story or others
See Comments in Forum
Previous Next